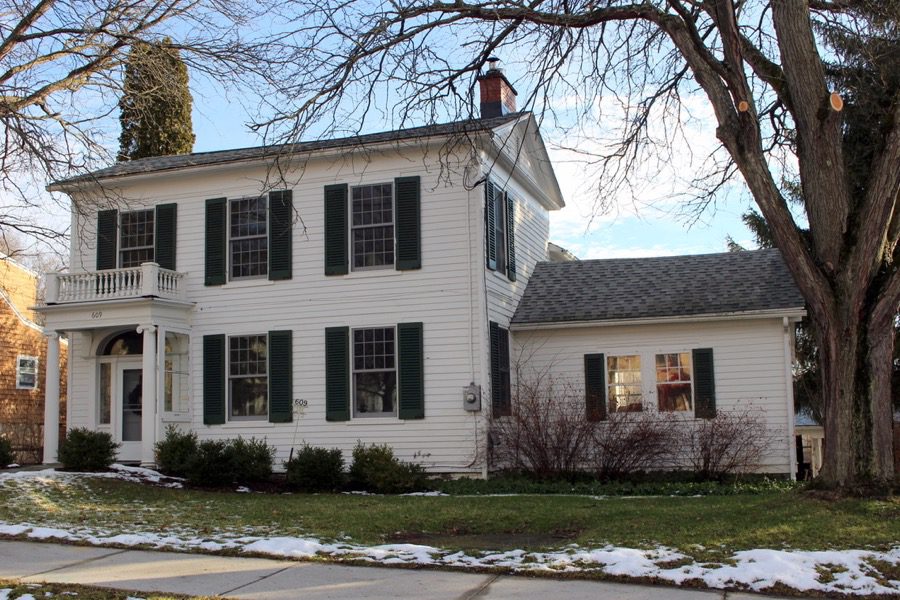 To local historians,this property is known as the Mitchell Farmhouse. In 1802, James Mitchell left his home in NJ to inspect a property he had inherited near Montreal. Along the way he stayed and admired the Village of Ithaca, then only a few houses on the hill above Cayuga Lake. He promptly sold his inheritance & returned to Ithaca, purchasing a 600 acre revolutionary parcel from Richard Pew now known as the Belle Sherman neighborhood. 609 Mitchell Street was built for & occupied by Mr. Mitchell & his extended family. Historical surveys suggest that the bulk of the house was constructed between 1810 and 1820, with the addition of a formal front entry around 1840. You’ll be impressed by the exposed beams, 2 balconies, gas and wood burning fireplaces, & rooms of surprising scale & beauty. A main level suite was subtly adapted for those with mobility concerns. Upgrades are too numerous to mention but include a Buderus boiler, newly plastered walls, refinished plank floors, renovated baths & a 2018 roof. #609MitchellStreet